The object remains the same size but we make it appear larger by using a lens or electronic device. We see minutiae that was hidden. Tiny particles and movements proudly take their place on a broader stage for all to see.  Your life may have been saved due to man’s ability to magnify.

We can make something larger with our words, too. I know, you immediately think about the fish stories men tell, but I am not referring to lying or stretching the truth. I mean that we can speak about truths that people have never noticed, or have forgotten, or that have become lost in the spinning morass of competing ideas. God is such an idea, and we can magnify Him by giving thanks to Him in the company of those who seldom think about Him.

The Hiddenness of God

God is not small. But God is hidden. Can’t see Him. Can’t touch Him. Can’t hear Him. An increasing number of people in the world believe He does not even exist because He cannot be detected using the scientific method and our amazing technology.

Even Job, in ancient days, complained, “Behold, I go forward, but he is not there, and backward, but I do not perceive him; on the left hand when he is working, I do not behold him; he turns to the right hand, but I do not see him” (Job 23:8-9). 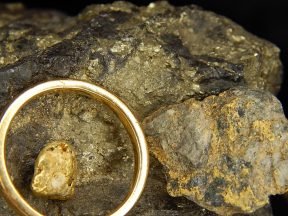 God is this way by design, hiding Himself from the casual browser and revealing Himself only to those who truly dig and work hard to discover Him for themselves, like those who search for golden rocks in South Africa’s mines.

Moses told Israel, one day, “you will seek the Lord your God and you will find him, if you search after him with all your heart and with all your soul (Deuteronomy 4:29). Almost 3,000 years later, a 17th century French Christian philosopher highlighted the same idea.

So, our God is hidden – out of sight, out of mind to the world around us. What can we do?

We can season a conversation ever so humbly and tastefully by openly giving thanks to God for … whatever fits … our kids, for a clean bill of health, for our marriage, for a job, for the accident we just avoided, for the peace we feel knowing God is in control, for a confident expectation beyond the grave. Expressing thanks to God, without debating His existence, opens the door for the Spirit of God to confirm to an unbelieving heart that He is there.

I will praise the name of God with a song; I will magnify him with thanksgiving.
Psalm 69:30

How do you make God bigger by being th(i)nkful?  The Hebrew word in the above verse for magnify is gadal.  It means: to advance, boast, bring up, exceed, lift up, increase, promote. It is actually a marketing term.

When we speak up and say we’re thankful to God, we magnify Him. Our words focus a mental lens on the God that others have failed to notice. All of a sudden – whoah! – there is God … behind that thing that is going well … behind that virtue you learned in the hard times. 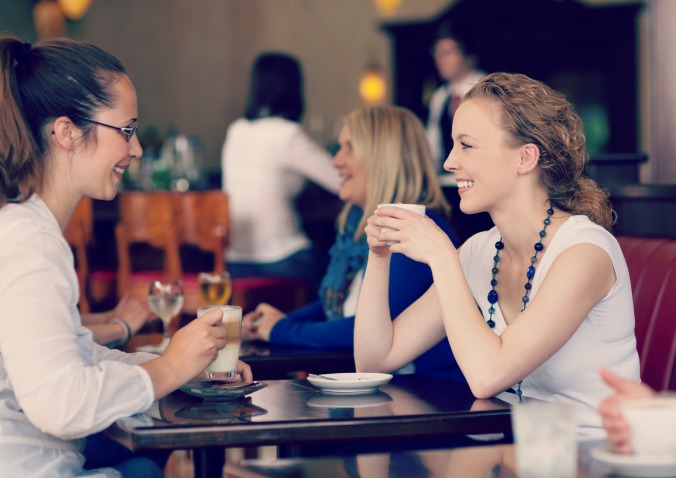 What Do You Magnify?

Chances are you magnify something. It begins with what you focus on in your mind. You dwell on it. You’re intrigued by it. You study it out. You worship it in that you give it ‘worth’ in your thought-time priority.

And then you speak … and cause others to push back the clutter and focus on it as well.