Driving our truck into Durban to file some papers with the Durban municipality, I hit and killed a pedestrian. Distraught after speaking with the police, I drove up two blocks and was hi-jacked at gunpoint at a traffic light.

No, I was not part of those two incidents.  But I did realize that I had forgotten my ID documents that I needed for the municipality and had to turn around and go home to fetch them.

My husband shared this scenario with me the other day. Instead of voicing his frustration about forgetting the ID documents, he gave thanks for things that didn’t happen on the way to Durban.

Dr. Don Joseph Goewey conducted some research about anxiety awhile back and found that:

“My life has been filled with terrible misfortune, most of which never happened.”
Michel de Montaigne

“Worry does not empty tomorrow of its sorrow; it empties today of its strength.”
Corrie Ten Boom

Resisting The “What Ifs”

I remember, when my 4-year-old daughter and I were part of an attempted hijacking in Johannesburg, that afterwards I struggled hard with wanting to think out scenarios that could have happened.  I realized then the genius and beauty of that first phrase in Philippians 4:8 – think about what is true!

The truth was that I did not get shot. The car wasn’t taken. Elly wasn’t kidnapped. We did not even get physically injured. I did have a visual image of a man holding a handgun that I will have for the rest of my life, but the Lord has helped me work through it. 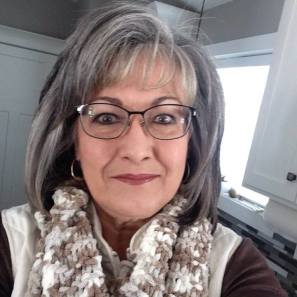 This is my friend Elaine. In the second picture she is getting stitches in her finger. You may wonder why I would highlight this difficult challenge that she is going through. I want you to read what she wrote as she updated people on her accident:

“Dominic, Karissa and I were breaking up her tile floor to replace it. While throwing pieces in a bucket I accidentally scraped my hand on a sharp piece of scrap tile. It cut through my glove and cut a nice deep slice in my index finger on my left hand. 6 stitches put me back together again! So thankful it doesn’t hurt today!!! We have done A LOT of construction projects over the years and never have had an accident! Funny how we don’t think about what God has protected us from until there is an injury. But even in the injury I am thankful that God protected this from being worse…no cut tendons or other important parts!! God is good and today, I thank Him for what He DOESN’T allow to happen!”

One of the blessings of getting hurt or being sick is that it often can highlight so many things that we take for granted. It is good for us to remember and to express gratitude.

Thank You, God for all the hard things that didn’t happen today!

2 thoughts on “It Didn’t Happen”